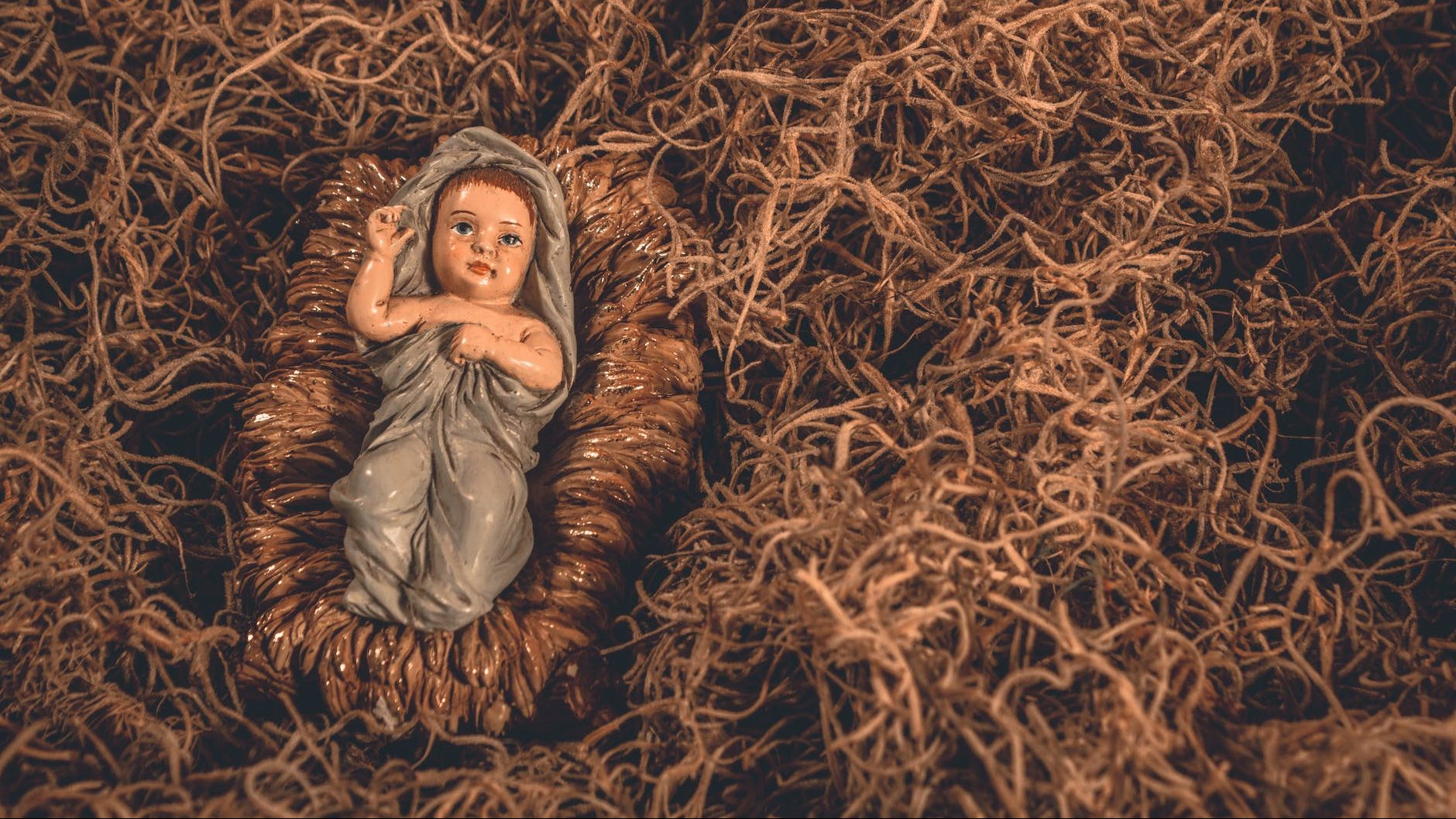 Arabic version of the article

The Prophet in religion is the person who hears voices no one else hears and sees things that no one else sees and believes that he is the chosen one by heaven to be the best of mankind and their savior. This definition, as we can see, is exactly the same as the medical definition of the psychotic patient. From this point of view, the priesthood, a specialty of sorcery and superstition, is practically transforming the delusions and hallucinations of the Prophet into a popular culture cultivated in the brains of children from a young age. The priesthood literally is the claim of existence of imaginary beings above the clouds, the existence of life under the soil and the deception of people to return to life after death, decay and annihilation.

All branches of the priesthood adopted a large number of the delusions of the prophets and their hallucinations and passed them over to the commoners and the naive. One of these false claims is the non-fatherly virgin birth.

The author of the Qur’an says, influenced by the Christianity he learned from a young age by the monk Buhaira, and then by The Waraqa  Ibn Nofal:

There is˺ also ˹the example of˺ Mary, the daughter of ’Imrân, who guarded her vagina, so We breathed into it and She testified to the words of her Lord and His Scriptures, and was one of the ˹sincerely˺ devout __Quran 66 : 12

Quran Author embraced the idea and added his print. He preached it as a miracle that broke the laws of nature. The truth remains very simple here.

If someone claims something contrary to the laws of nature ,logic and science, such as a virgin pregnancy without any sex, the logical conclusion is that this person is deliberately or delusionally lying.

The pregnancy of a virgin girl has many explanations other than blowing in her vagina by an alien.

In fact, if God really wanted a miracle, He had to make Joseph get pregnant, not Mary. Joseph’s pregnancy would indeed be a miracle. The pregnancy of an unmarried virgin girl occurs almost every day to this time. Only the affected girls don’t usually claim that the father is God.

Many prophets in the history of mankind claimed virgin birth as a direct result of grandiose delusions experienced due to the delusion of the chosen one. The Prophet does not accept to think of himself born like ordinary people , and he claimed that his father is not human but God.

The Prophet believes himself to be someone very special and very great. He may claim to be the God embodied in the image of human beings.

Religion is a natural evolution from pagan and ancient priesthood. The idea of virgin birth originated in the very ancient temples, where the gods were born from virgins. Its beginnings are found in the religions of Babylon. Tummoz was born of a virgin, Ishtar.

In one Babylonian inscription by Nabu-kuder-usur, we find the following:

“I am Nabu-kuder-usur …. the first-born son of Nebu-pal-sur, King of Babylon. The god Bel himself created me, the god Marduk engendered me, and deposited himself the germ of my life in the womb of my mother.” Spencer’s Principles of Sociology, vol.i p 421.

Note the syllabus of Nebu – the beginning of the names.

It looks like another form from the word ‘Nebi’ (prophet in Arabic). Nebi is a priestly word derived from the Nobo’at (prophecy) that means the one who predicts the future, which is the same word that Muhammad called himself.

In Arabic people they say : Nebi-Mohammed when they mention him. Just like those Babylonian names of divine kings.

The Babylonian inscription above is a very clear statement of the beginnings of the idea and its origins under the influence of the self-inflation and grandiosity some human could experience.

Religion in fact is the belief in other person’s delusions.

Not only the Babylonians.

Pharaohs during their lifetimes were believed to be “Beneficent Gods”

Horus of Ancient Egyptian belief was born of the virgin Isis.

Many Greeks were born to a virgin mother and the father was God. Among them are Hercules, Bacchus, Dionysius, and Perseus, son of the God Zeus from the Virgin Danae, daughter of Acrisius, King of Argos.

Romulus and Remus, the founders of Rome, were born to a Vestal Virgin named Rhea Silvia and father was Mars the God of War for the Romans.

The Roman god Attis was born to the Virgin Nana on December 25, and he was killed and then resurrected from the dead.

In the ancient Persia, Zoroaster was born to a virgin, and the father was the god Oromasdes.

The other Persian prophet Mithra was also born to a virgin.

In the Bhagavada Gita in Hinduism, Krishna was born to the Virgin Devaki.

Buddha was born to the Virgin Maya or Mary and left paradise and descended to earth.

The same myth is found in ancient China’s religions. Lao-tzu was born from a virgin under a tree where he was delivered from her side.

The reality of virgin birth

Ancient man sacred virginity. The loss of virginity before marriage was considered a great shame that can only be erased by the killing or stoning of the girl. Claim of divine intervention explains tragically the extreme measure a girl could take to save her life from a society ruled by males.

The psychotic patient has reduced ability to keep touch with reality. His thinking becomes magical and concrete.

The impossibility of having a child without the role of the opposite sex is something that the psychotic is partially aware of.

How could He have children when He has no partner?__Quran 6 :101

How can God have children without the opposite sex? That’s how he said to Quraysh.

But the internal consistency disturbance that characterizes the thinking of the psychotics made him fail to apply the rule to Mary.

That she had a son and she had no partner.

In Mary story he tries to reduce the counter-intuition in his acount to the minimum.

To tell people that God has decided to create Jesus from nothingness with a word, will be bizarre to him.

In order to present this superstitious idea to the people, he had to mitigate the impact of counterintuition.

babies are born from vaginas. That’s what he knows. So he tells people that God has blown in Mary’s vagina. And this blown-in breath made Christ who was born naturally. The only difference is that a puff had replaced the sperm.

Why not delivered directly from the heaven to earth? Why should Christ be conceived and born by a female?

Because bringing him down directly from the heavens is much counterintuitive and he had to reduce it to the minimum.

Radically changing all the requirements to deliver a baby is not accepted by the psychotic brain so it maintains the acceptable mechanism and adds a slight twist to it.

The baby is born of a female. This requirement kept.

The baby is conceived in the uterus. Requirement kept.

Pregnancy is accomplished by inserting the sperm in the vagina. He Kept this requirement partially with a slight twist by replacing it with a puff. A creature came down from heavens in the form of a man and he blew some spirit into her vagina instead of inserting a penis and ejaculating sperm. Only a small single twist minimizing the counterintuitive so it becomes acceptable to himself and others.

Rationalization of superstition is very common in the qur’an , such as Solomon stick, Adam’s sons’ sacrifices andThe Yellow Cow.(these links are in arabic)

Humans are born and not created out of a puff, a first embryonic cell must consist of a whole number of chromosomes. The egg contributes half of the number and the sperm contributes to the other half.

Theoretically, an organism can be produced if the chromosomes in the ovum somehow can double their number. But the baby will be of the same sex. A female would be perfectly matched to the mother, as is the case in cloning.

Virgin birth occurs in some organisms such as bees, some birds and some fish.

But they do not occur in mammals.

A human being can only come into existence through the genes carried by his parents.

The male comes when his genetic makeup carries the chromosome Y.

The birth of a man from a mother without a father in short means the coming of the chromosome Y out of nothing. This is scientifically impossible. The claim of virgin birth is enough on its own to prove the human invention of religions and holy books.

Virgin birth was a common myth in priesthood temples in a time of ignorance, superstition and sorcery. But it’s easy to fool yourself and believe that a man was born of a virgin. And that God has impregnated a girl either directly or by sending another creature to impregnate her by proxy. It’s so easy if all one has to do is to say it in front of a crowd which believes everything without asking for a shred of evidence.

We mentioned that theoretically, if the DNA in the ovum duplicates, it may produce a replica of the mother. This process is known as parthenogenesis and is not observed in mammals. However, some researchers believe it can occur. The baby will be an identical clone of the mother.

But the claims to have a virgin pregnancy are common up to day.

One percent of American pregnant girls claim that every year

Rape causes severe psychological trauma. In order to protect themselves from trauma, some girls have their brains to suppress the memories of this incident.

The rape of a Roman soldier of a girl, in whose society the punishment is stoning, is enough to cause her a disorder known as Dissociative amnesia

This results from a defense mechanism called Repression

Painful experiences are involuntarily held away from consciousness.

The girl doesn’t remember anything about the event.

These memories get suppressed at the subconscious level.

The suppression of traumatic memories is a neurological mechanism sufficient to make a girl raped believe that her pregnancy is virginal. Or the God is the father.

She really may not know how it happened and doesn’t remember what really happened. Gaps in the memory could be filled by a mechanism known in psychology as confabulation.