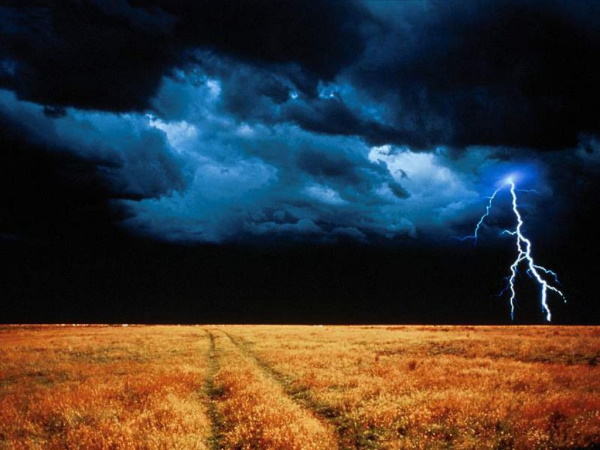 If I take my ideas of God from theology, God shows Himself to me in such a light as to repel love.

The devotees who tell us that they love their God
sincerely, are either liars or fools who see their God but in profile; it is impossible to love a being, the thought of whom tends to excite terror, and whose judgments make us tremble.How can we face without fear, a God whom we suppose sufficiently barbarous to wish to damn us forever?

Let them not speak to us of a filial or respectful fear mingled with love, which men should have for their God. A son can not love his father when he knows he is cruel enough to inflict exquisite torments upon him; in short, to punish him for the least faults. No man upon earth can have the least spark of love for a God who holds in reserve eternal, hard, and violent chastisements for ninety−nine hundredths of His children.

The inventors of the dogma of eternal torments in hell, have made of the God whom they call so good, the most detestable of beings. Cruelty in man is the last term of corruption. There is no sensitive soul but is moved and revolts at the recital alone of the torments which the greatest criminal endures; but cruelty merits the greater indignation when we consider it gratuitous or without motive.

The most sanguinary tyrants, Caligula, Nero, Domitian, had at least some motive in tormenting their victims and insulting their sufferings; these motives were, either their own safety, the fury of revenge, the design to frighten by terrible examples, or perhaps the vanity to make parade of their power, and the desire to satisfy a barbarous curiosity. Can a God have any of these motives?

In tormenting the victims of His wrath, He would punish beings who could not really endanger His immovable power, nor trouble His felicity, which nothing can change. On the other hand, the sufferings of the other life would be useless to the living, who can not witness them; these torments would be useless to the damned, because in hell is no more conversion, and the hour of mercy is passed; from which it follows, that God, in the exercise of His eternal vengeance, would have no other aim than to amuse Himself and insult the weakness of His creatures.

I appeal to the whole human race! Is there in nature a man so cruel as to wish in cold blood to torment, I do not say his fellow−beings, but any sentient being whatever, without fee, without profit, without curiosity, without having anything to fear? Conclude, then, O theologians! that according to your own principles, your God is infinitely more wicked than the most wicked of men.

It could have been but the most cruel barbarity, the most notorious
imposition, but the blindest ambition which could have created the dogma of eternal damnation. If there exists a God who could be offended or blasphemed, there would not be upon earth any greater blasphemers than those who dare to say that this God is perverse enough to take pleasure in dooming His feeble creatures to useless torments for all eternity.